How to Play Music Through Mic?

Have you ever tried to play music through the mic and failed miserably because of the terrifying noise it makes? or Are you also fond of making different kinds of videos and posting them on your social media channels and have always wanted to add some music or sound clip? well, this is definitely possible with the help of an audio mixer like the soundboard which makes it really easy to do so. Unfortunately, we all know how expensive and cost-consuming these audio mixers are.

But, Do not get disheartened here, this article will guide you with ways through which you can easily play music through the mic without burning a hole in your pocket.

There are multiple applications available which could help you do this, like:

With the apps mentioned above, you can very easily add up and play music through the mic. You can continue to speak and play music as per your content just like how you would have seen you tubers doing the same in gaming videos or roosting content wherein you would have been wondering how they do it. Well, now you will be able to do it as well with complete ease. Just continue reading to explore the process.

How to play music through the mic?

You can do this by changing your default microphone to the system sound.

Your Problem would be resolved by the above steps and you will be able to play Music through the Mic.

How to play music through the mic in discord?

Would you mind some awesome music when you are playing a game with your friends? Of course not, Instead you would enjoy it to the core. What if I tell you that you can play music from YouTube itself by just installing some of the plugin devices like Rhythm MedalBot or FredBot.

By using the above command Metalbot is asked to accomplish the task.

Steps for playing music through the mic:

Play music through the mic

You would have definitely heard those amazing background sounds while watching a gaming video. This just gives a wonderful effect altogether. You would have always wanted to do it but would have been unable as you don’t know how it is supposed to be done. The gamers use the highly expensive Audiomixer apps but nothing to worry I would not want you to spend even a penny as I have other ways out for giving the same effect. If you want to learn them all then just continue reading further.

This is an amazing app offering number of voices like radio, male, female, baby, robotic, alien, fast normal, slow, Atari game, and clone. This app is supported by Windows, Linux Ubuntu, MacOS X. Also amazing feature of this app is that it is applicable on Teamspeak, Mumble, Steam, Discord, Viber, Skype, Hangouts, and many similar Apps too. If you want to use YouTube music you can add a link to it.

This app is such a delight to its users as it provides so many benefits that one can have his own soundboard and add shortcuts to it to play his favorite songs. The sound is not natural that it seems to be coming directly from the microphone itself.

Here are few of the steps you need to do to use this app:

This is used by many YouTubers especially those who are into making gaming videos due to the fact it has a very good collection of cringe sounds like squeaky sounds, metal screw sounds, spring-loaded metal door sounds, and many more.

It is also people’s favorite due to the fact that it can be used easily by just downloading the app and in case you face any problem you just have to update the app to set it right.

Now as you already know how to play music through the microphone you must also know how to check if it’s actually working. It is pretty simple doing that by just recording sound at Audacity and trying to hear it another way to find it out is by just asking your friend if they could hurt the various sound effects while you are playing games. We have already given you a number of apps which you could use for playing music through mic but nothing can replace an audio mixer so if you are really into all this you could actually purchase one or get a subscription or a paid version of these applications which would also work well.

Thank you for reading our article on ‘Easy ways to play music through the mic in 2021‘. If you have any queries, please comment below. We would love to help you. 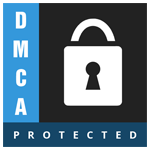